These days, many investors are after immigration, residency, and citizenship by investment in another country. Global citizenship is a new concept expanding rapidly as the mobility of people around the world increases with the fusion of cultures and economic integration resulting from the prevalence of digital currencies, multinational corporations, and the way people from around the world get more used to working with technology.  An important aspect of global citizenship is obtaining residency or a passport through investment in another country. Many countries offer these programs with the aim of attracting foreign capital and improving the economic structures, and in the meantime, Turkey and Dominica are two very popular destinations among Middle Eastern investors and are at the top of destination countries’ lists. The important point is that each person should choose one of these countries according to their needs and conditions. In this article, we will look at different aspects of Dominica and Turkey passport programs.

Studies show that there are different motivations for investors, especially the Middle Easterns, to get a Dominica passport or a Turkish passport.

Due to its geographical proximity, culture, and various other attractions, Turkey has always been a favored tourist destination for Iranians, but in recent years, investors have changed their view of this country and have been seeing Turkey as a base for expanding their business and to profit from the real estate market. Instead of buying a villa in the north of the country, some retirees have chosen to buy property in Turkey to spend their holidays. Some young people who want to continue living abroad, prefer Turkey for its proximity. 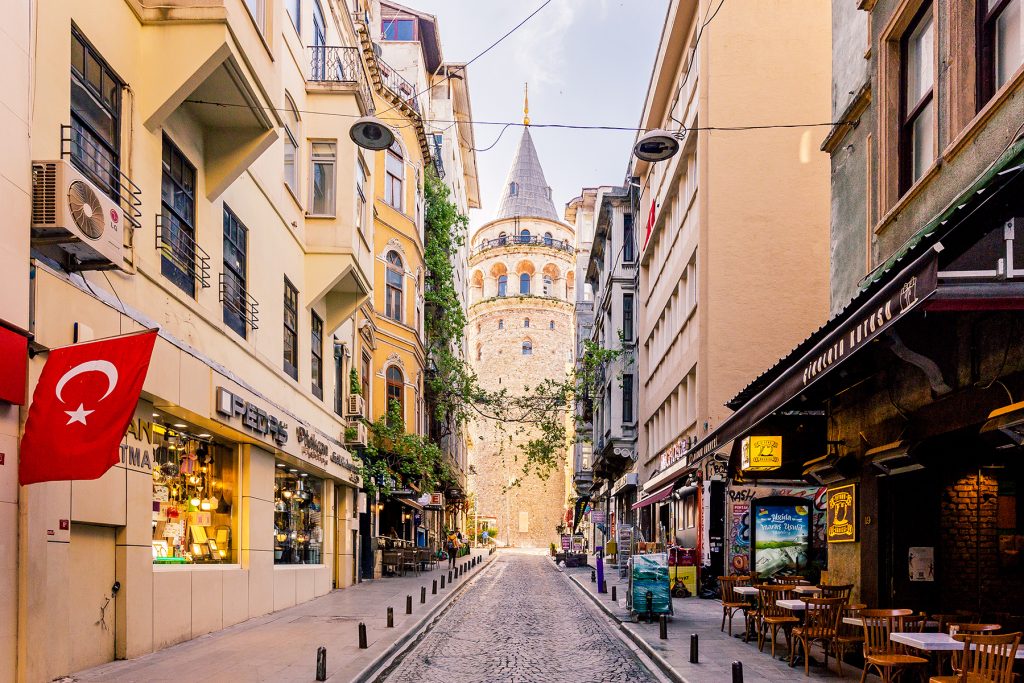 Dominica Passport advocates, on the other hand, are investors who wish to enjoy the unparalleled freedom of travel without a visa or airport passport, and businessmen and business owners who do not intend to leave their home country. Taxing exemptions on inheritance, gifts, capital gains, and international income for citizens of the countries that have to pay heavy taxes are some of the attractive benefits of Dominica citizenship. Dominica has many benefits for investors, young immigrants, entrepreneurs, retirees, the minimum of which is the quick processing time to obtain a passport and low costs. In addition, recent improvements in infrastructure have made it possible for retirees and investors from other countries to purchase or invest more easily and confidently in Dominica.

2- Economy of Dominica and Turkey

Unfortunately, Turkey has had a volatile and unpredictable economy in recent years. Especially during the last year, sharp fluctuations and the depreciation of the lira against the dollar have caused heavy losses to investors in the country’s real estate. For example, an investor who bought a residential unit in Turkey in 2016 for 100,000 Liras has reached a nominal value of about 220,000 Liras in terms of housing inflation in this country. However, in light of the drastic change in the value of the lira against the dollar, the capital invested in the Turkish real estate market over the past five years, the same 100,000 lira is now worth almost $ 24,000.

Dominica’s GDP is much lower than that of Turkey, and Dominica’s economy relies on agriculture, especially bananas, financial services, and passport sales industry has increasingly become the island’s largest source of income. However, Dominica has done a great job economically in recent years. The government has been able to grow its economic capacity in the country by 22%.

There are two ways to get a Dominica passport and citizenship through investing; the first option is to pay a donation to the government (Economic Diversification Fund) starting from $100,000 for single people. The second option of investing at least $220,000 in one of the government-approved real estate projects and keeping it for at least 5 years.

Both countries issue a passport within a period of 4 to 6 months. But so far, Dominica has issued applicants’ passports no later than 4 months and in some cases even a few days earlier than 4 months.

Read the rest of this article in the next post.

For more detailed information on the requirements for obtaining Dominica or Turkey Citizenship by Investment, please contact one of our advisers in the UAE, Denmark, or Canada, we will accompany you and your family until you obtain your Second Passport.

If you have any questions or comments about Dominica or Turkey Citizenship by Investment, you can share them with us in the comments section.