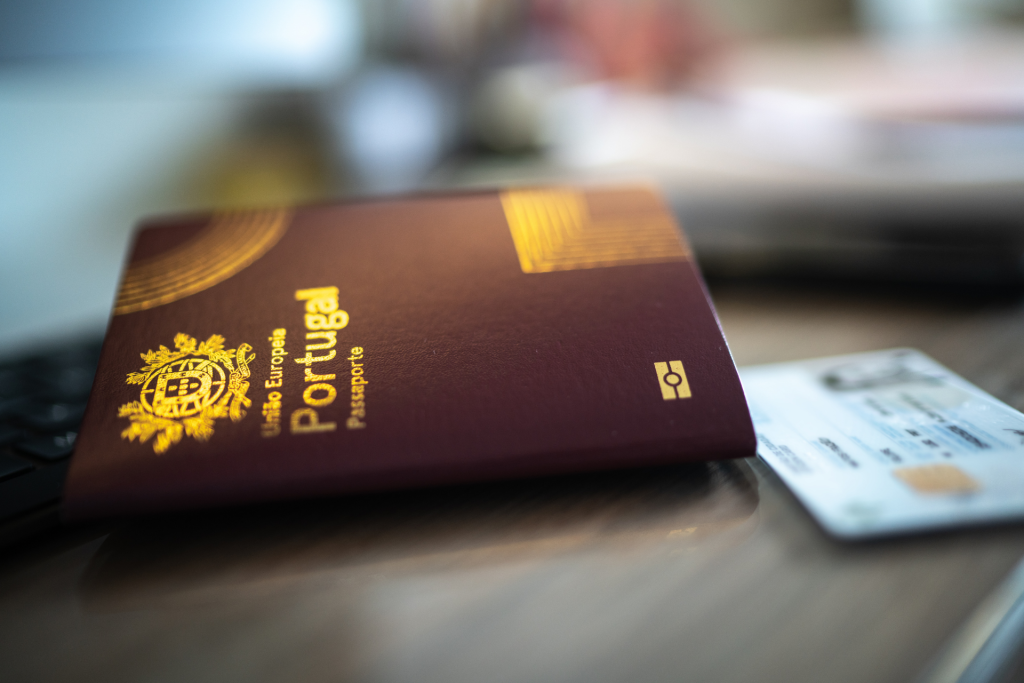 According to the latest surveys, Portugal Golden Visa is among the top 10 golden visa programs in the world in 2022 and the number of applications for this popular residency program by investment is increasing dramatically. However, interesting statistics have been reported on the share of applicants of different nationalities. In a new development, the participation rate of American citizens in Portugal Golden Visa has peaked its highest and that of the Chinese has reached its lowest level.

Since the beginning of 2022, one hundred investors have chosen Portugal’s Golden Visa through investment. SEF Gold Visa Statistics in May showed that 16 of these investors were approved under the Fund Investment Option, bringing the Fund’s total annual investments to a record of 100 investments, which is now much higher than last year’s 81 investments, even though there are still seven months left in the year. This figure indicates that Portugal will register 240 fund investments before the end of the year.

The 100 investors, who all submitted their applications before the applications were suspended in January 2022, contributed a total of € 35.2 million to the Portuguese government (indicating that golden visa applicants did not invest more than the amount required to obtain residency). A figure that easily exceeds a total of 28.6 million euros in 2021. 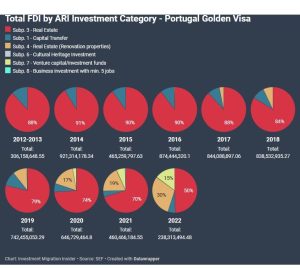 The fundraising option for the fastest growing Golden Visa continues to account for the largest share of the program’s total capital inflows and has increased in all dimensions since its introduction each year: 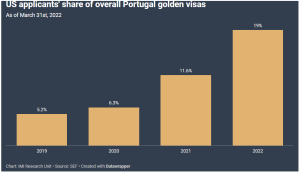 Although it is not possible to easily link nationality with the choice of a particular program due to the lack of access to preferred investment data by nationality, the available data show a significant correlation between the growing popularity of the Portuguese investment fund option and the growth of US applications. Since the widespread outbreak of the Covid-19 in 2019, the volume of applications from its citizens has almost quadrupled. Interestingly, the rapid increase in demand from American applicants in recent years contrasts with the trend observed among Chinese applicants. Given that the Chinese accounted for the vast majority of Portuguese Golden Visa investors from the start of the program until 2016, their share this year has halved compared to that of 2019: so far in 2022, only 15% of applications were from the Chinese citizens. 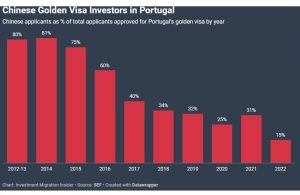 On the other hand, the share of capital of each investor has been steadily declining, from the highest figure of 661,000 Euros in February 2020 to an average of 482,000 Euros so far this year. While changes to the program this year may increase this average (investing in the fund now requires a minimum investment of € 500,000 instead of € 350,000), applicants may also be more in favor of cheaper options such as renovation-based real estate and concentrate on the real estate in areas with low population density.

According to a recent report by the credited IMI website, Portugal Golden Visa is currently among the top 10 golden visa programs in the world in 2022.

The applications approved by the main applicants in 2020 were almost as large as the 2019 confirmations, despite the widespread outbreak of the coronavirus. However, Portugal saw a significant decline in case acceptance in 2021, as their volume fell from 1,182 to 865. The year 2022 has had a good start and if the Portuguese government proceeds in the same way, it will approve the 1100 applications for the Portuguese Golden Visa.

Why Is Portugal Golden Visa Program So Popular?

Portugal’s residency program offers visa-free access to 26 EU countries, including Switzerland, Luxembourg, Italy and Germany. As one of the most successful immigration programs in Europe, the Portuguese Golden Visa grants the holder the right to live, work and study in the country and the Schengen area.

Investments under the Portugal Golden Visa Program must be maintained for at least 5 years from the date of issue of the residence permit. You may become eligible for Portugal permanent residency by choosing one of the following three investment options:

For more information on the requirements for obtaining Portugal Golden Visa, please contact one of our advisers in the UAE, Denmark, or Canada, we will accompany you and your family until you obtain Portugal residency and passport.

If you have any questions or comments about Portugal’s Golden Visa, you can share them with us in the comments section.